It's that time of year again. 2nd-3rd September Fantasticon will be at the Hull Guildhall. Three members of Hornsea Writers will be launching their paperbacks, so if you want signed copies, download your tickets now. 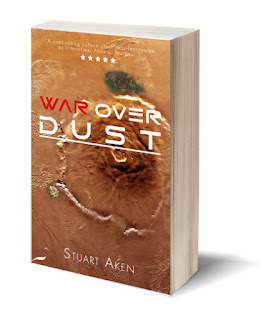 Stuart Aken's War Over Dust is the second in his 'Generation Mars' series.

Two communities, one a democratic technical Utopia, the other an elitist commercial ghetto, compete to rule the future of mankind on Mars, long cut off from Earth. Which will prevail when violence overcomes diplomacy?

Can two people come together to re-assert the founding philosophy, or might there be a third way? 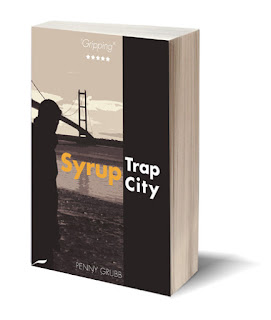 Penny Grubb's Syrup Trap City is the 6th in her Crime Mystery series set in and around Hull and focusing on private investigator Annie Raymond.

Annie is undercover on a routine job in the hospitality industry - except no job is ever routine.  The restaurant is being fleeced, certainly, but is that a cover for something far more sinister?

When she's betrayed, is it by someone far closer to home? 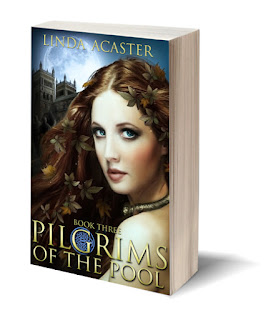 Linda Acaster's Pilgrims Of The Pool is the final in her 'Torc of Moonlight' trilogy of contemporary time-spanning Fantasies centring on the re-emergence of a Celtic water goddess.

Has Nick Blaketon calculated the lunar cycle correctly, or is that for another to determine?

Book 1 is set in Hull and links into a Celtic past. Book 2 is set in York where the pattern of Roman Eboracum lies beneath every street and house. Book 3 is set in Durham and concerns Mediaeval politics and pilgrimages while contemporary worries focus on hydraulic fracturing.


Join us in Hull at FantastiCon There are a number of authors attending and book launches on every side. Or try out the virtual reality. Or have a laugh over the retro board games. Or man a spacecraft. Or listen to the speakers and the musicians. As the organisers say, it's a doing Con, and there's plenty to do.
at 07:00