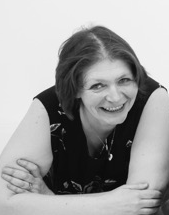 Never far from a castle or a cuppa, Shellie Horst first started writing for local newszines after handing over her ice cream van keys. Since then she has written for governments, new startups and high street chains as a freelance copy writer.

Her first fiction, Virtually Everything, was published in 2013 by Alfie Dog Publishing under pen name Beverley Argent. She has gone on to have stories featured in a number of Science Fiction and Fantasy anthologies as well as receiving a special commission for Humber Mouth Literature Festival. Shellie graduated Hull University with a Creative Writing degree in 2015.

Email ThisBlogThis!Share to TwitterShare to FacebookShare to Pinterest
Home
Subscribe to: Posts (Atom)
Welcome!
Members include past winners of the CWA Debut Dagger
and the RNA New Writers' Award, as well as international competitions for short fiction, drama, and journalism.
Please see About Hornsea Writers for more information.