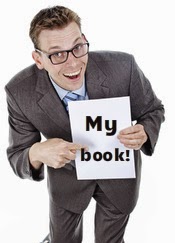 This time, he's looking at making the often tedious task of marketing and promotion into something with fun and satisfaction.

As a writer who has always had deep suspicions and misgivings about self-promotion, he has some lessons for us all here.

Over the weekend Linda Acaster and Stuart Aken attended FantastiCon in Hull organised by Fantastic Books Publishing - the first time either had been to a SF/Fantasy convention. It proved quite an eye-opener. They shared the stage on a panel devoted to Fantasy, and despite the number of hard-core SF gamers in attendance had an appreciative audience for their spot.

Click their names above for their individual takes on the event.
at 11:22 No comments:

Launching the Second Volume of the Epic Fantasy

A Seared Sky is the title of Stuart Aken’s epic fantasy series. Joinings, book 1, was launched with a Facebook Party on 30 March 2014. Partings, book 2, will be launched at the fabulous convention, FantastiCon, in Hull on 16 August. He and Linda Acaster will be in attendance, with some other writers of fantasy and science fiction, to sign books, talk about their work, and answer questions.

To discover more about and Partings and the convention, just click on this link.

From Quiet Desk to Dynamic FantastiCon

As well as the usual digital articles about their work, individual members of Hornsea Writers are occasionally asked to give talks on anything from The Writing Life to Developing Characters to Researching & Planning a Novel, but it isn't often that two members are asked to participate on a panel at a convention. In fact, neither have ever attended a convention, so it should prove quite an eye-opener.

On Saturday 16th August Linda Acaster and Stuart Aken will be in Hull at FantastiCon talking about aspects of their Fantasy trilogies - Torc of Moonlight and A Seared Sky. With them on the panel will be JS Collyer whose debut SF novel Zero will be launching on the day.

That's if they can be be found at the appointed time. The place will be awash with gaming, costumes, Dr Who participants, "Elite" series authors Q&A, and everything SF. Personally I think they'll be fighting for a seat on the Star Wars speeder bike in front of the green screen. Who wouldn't want a photograph of that?

Fantasticon is hosted by Fantastic Books Publishing and has a Facebook event page and a YouTube video.
Venue: Mercure Hull Royal Hotel from 1pm-midnight (earlier for Gold Ticket holders)
at 12:40 1 comment: