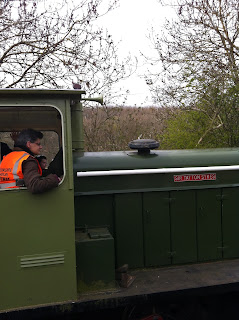 When the long list for the Yorkshire Wolds Railway short story competition came out back in January, no fewer than three Hornsea Writers were included.

All entries on the long list in all of Fantastic Books’ competitions are considered for inclusion in the subsequent anthology, so it already looked like we would figure prominently. But add to that another group member being invited to contribute as one of the professional writers, and it’s starting to look like a takeover.

The shortlist that has just been published, and two Hornsea Writers are there amongst the six finalists.

The winners will be announced at a prize-giving at the railway site on April 30th where the prizes will be presented by Mark Blakeston, Mayor of Driffield, and Lord Faulkner of Worcester, President of the Heritage Railway Association.

The site at Fimber Halt rests in the heart of the beautiful Yorkshire Wolds. Please put the date in your diary and come and join us on the 30th April. The site is open from 11 am to 5 pm. The prize-giving starts at 1.30 pm. 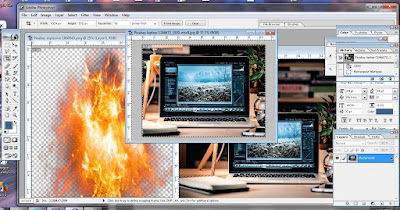 The book marketing enterprise that is the baggage carried by every author takes up almost as much thinking time as the actual writing of the novels. The job can, of course, be handed to a PR company, but the ratio of return v cost can be disappointing – and it certainly does cost.

Most authors don’t have the luxury of choice and have to go it alone. Sourcing free images, and what to do with those images, helps when the learning curve feels steep.

Following on from April Taylor’s post on making promotional videos, on her own website Linda Acaster talks about where to source free images. Do check the post's comments section for a substantial subsidiary list added by member Stuart Aken.
at 08:00 No comments:

Marketing. (Pause). I can hear the indrawn breaths from here!

Unfortunately for those of us, and I include me in this, who like writing and just want to crack on with the next book, the M word is now a fact of writing life. Remember Mrs Thatcher and TINA, There Is No Alternative? Well, my writing friends, there truly isn't. Unless, of course, you can afford to make the situation go away and pay somebody else to do it! Which few of us can.

What can we do? My great writing buddy, Seumas Gallacher - who wrote the great little e-book

The first can get terminally boring if all your FaceBook and Twitter feeds amount to please buy my book. However, we still have to do some marketing on our books. I found, initially through the displacement therapy of playing instead of writing, that promo videos are a good way to be just that bit different.

Videos? (Another indrawn breath). Yes, and they are not that difficult if you approach the exercise in the right way and decide to have a bit of fun. So, next time your Main Character isn't behaving as you would like, why not take an hour out and begin to explore making your own promo video for the book you are writing.

To see how I make my promotional videos, go to: https://authorapriltaylor.wordpress.com/blog/

As any author will know, visibility is the biggest mountain to climb. We have our websites, some authors contribute to a group blog – as do members of Hornsea Writers – but drawing people in to view on a regular basis can prove difficult. What is required is interesting content.

The mismatch here is that it can take a year or more to write a novel, and there are only so many research niches to draw on for subject matter. How best to ring the changes?

Offering author interviews on a regular basis can be a win-win opportunity. The host site has regular new content, participants can chat about their latest work, and when both highlight the post among their social media contacts, new readers are drawn to each.

In the past few weeks several members of Hornsea Writers have participated in author interviews:

Go take a look. Perhaps your writing, or your blog, could benefit from something similar. In the spirit of giving our Visibility windows a spring clean, it’s an idea to consider.

Image courtesy of PublicDomainPictures via Pixabay.com under CC0 Licence
at 08:00 No comments: