You know that feeling...literary euphoria, imaginative overdrive, the creative high? The novel’s going well. You’ve nailed the attention-grabbing beginning, the hilarious/haunting/happy ending, and you know exactly where the story’s going.


Your characters are, ahem, staying in character, stepping into the limelight at the right moments, talking amongst themselves off-page when not required. There have been no outlandish departures or ludicrous story-lines.

You’ve done the research, the foot-slogging, the fieldwork, printed out photos of celebs,  lookalikes or random stock-image models (your characters made flesh) created elaborate plot-plans, written character back-stories, drawn maps of imaginary locations. The plotlines are flowing like bourbon over ice. Your carefully-seeded devices are germinating, buried deep in the rich mulch of your (yeah, right) best-selling prose. You, the writer, are in complete control.


Until.... hang on! What just happened? Where did it all go wrong? When, and why, did I insert that passage/introduce the random character/meander off down that track/completely lose the plot? HELP! I’ve ascended my soapbox/ moved into lecturing-bore mode  and, worst of all, turned into author intruding!

The whole thing now reads badly, it’s lost focus and cohesion, the characters are in rebellion and the wheels have dropped off. Does this situation call for (gasp) the dreaded re-write? Yet what else is there?


Okay, there is one other option: my version of have-you-tried-switching-it-off-and-on-again?
So here goes.

Start with that great ending, and go backwards. Re-trace your steps, or rather, words. That last line, paragraph. epilogue even, ties it all together, sums up what you’ve tried to convey, and,  if you’ve got  that right, what went before should read well. Have you captured that lingering sense of...whatever? The feeling, the after-taste?  The leaving your readers wanting more?


If (a) then yes, great. But if (b) then try reading and then writing, in reverse. Chapter by chapter. Until somewhere you will come upon the weakest link, the blind spot. The bits in the middle that moved sideways, diminished your central plot, derailed the narrative. And trust me, once you’ve put on your backwards-goggles, the holes will be blindingly obvious.

A life full of music 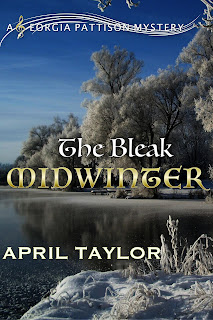 I come from a musical family. My great-grandmother often held impromptu soirées at which her brothers would sing the latest music hall songs. One brother dressed up as a very creditable woman and would sing comic duets with another brother. My  grandmother, with whom I share a birthday, was equally talented. As a child, I could sing to her any song we learned at school. She would take it down in tonic sol-fah (think do-re-me from Sound of Music), then sit at the piano and play it in perfect four-part harmony. Her favourite key was D flat major – which uses all the black keys, aaagh! My mother played piano, my three brothers played brass instruments and my father played percussion. I play piano (badly) and flute (even more badly) and guitar (when I am drunk and don’t think it will break my nails!).

But most of all my life has been spent singing, starting in school choirs and going on to bigger things. My most treasured memories are of singing in the Three Choirs Festival, a yearly event which swings between the English cities of Worcester, Gloucester and Hereford. For one glorious week in late summer, the members of the choir mix with world renowned soloists. I remember standing in the lunch queue next to Sir Charles Groves who looked just like Father Christmas but had a very acerbic tongue if anyone annoyed him. I’ve shared the platform with luminaries like Dame Janet Baker and the late Elizabeth Harwood. I’ve eaten lunch with the members of the Medici Quartet and sung in front of Prince Charles and the late Queen Mother at the Royal Albert Hall several times.

When I moved to Yorkshire, I sang as a soloist with local choral societies and joined a small, mostly acapella, group with only 8 members initially. We thought nothing of singing Lotti’s Crucifixus, set in 8 parts. I entered music festivals and was delighted to have my voice described as quintessential silver Handelian by the judge. I imagine myself at the age of 93, like Gran, in my wheelchair, trying for the top A’s in Messiah.

My mum introduced me to crime fiction to which I became instantly addicted. The history bug hit me when I was 14 and has never left. When I knew I wanted to write, the obvious genre for me was crime, but I couldn’t choose between historical or contemporary, so chose to write both. Harlequin published my crime fantasy series The Tudor Enigma (Court of Conspiracy, Taste of Treason & Mantle of Malice) in 2014/15.

Then I turned to my contemporary detective who, unsurprisingly, is an early-music soprano. I called on my own experiences as a semi-professional singer to add meat to the plot. The Georgia Pattison mysteries now number two novellas, (soon to be three) and two full-length mysteries. I am sure you won’t be surprised to know that the first,  Dearly Ransomed Soul deals with murder and music at the Three Choirs Festival in Worcester. All the titles in the Georgia Pattison series are musical quotes, the second being Laid In Earth and the third will be either Say Goodbye Now or Weep No More.  This depends on how her love life goes!

Georgia is a true opera diva, capable of holding her own in the world of classical music but insecure and craving affection. She tends to go headlong into situations without thinking things through, using her verve and waspish wit to get her out of trouble. But sometimes it gets her into trouble, as you will discover in her Christmas adventure, The Bleak Midwinter out in December. I have also gone back to my love of history and the first in the series Loyalty in Conflict will be out by the end of 2017.

Stuart Aken has a habit that might be a sensible option for most people. Every year, he takes a break from all things digital. This means he retreats from email, the internet and even the mobile phone. Horror of horrors! No online activity? None? At all?
His theory, and experience, is that such a break refreshes both mind and spirit by removing him from the constant demands of connectivity. Often, he plans this break to coincide with an annual holiday. The only digital activity he pursues is reading books on his Kindle, usually whilst relaxing under the sun by the pool in whatever resort he’s visiting.
This year, he flew to Pefkos on the Greek island of Rhodes. The weather’s still very warm there at the end of September and beginning of October. And the period coincided with a wedding anniversary, which, as an old romantic, he enjoyed celebrating with his wife, Valerie.
Usually, the return brings frantic activity to catch up with all that’s happened during his absence. This year, however, events conspired to interrupt that process. Both holidaymakers caught chest infections on the flight from the UK and spent much of the two weeks overseas coughing and spluttering. Being hardy northerners, this made little difference to their enjoyment, merely making their ascents to various walking destinations a little more breathless than usual. Unfortunately, Stuart also developed a rather nasty eye infection that necessitated a visit to the local pharmacist, who prescribed drops and an eye patch. On return to UK, a visit to the local GP resulted in an appointment at the nearby city hospital Eye Clinic and the need for a less concentrated approach to the return to the screens.
So, the reviews, reports, email responses, Tweets, and Facebook announcement will necessarily be delayed and spread out to aid recovery. He says he’ll have to spend short periods online followed by similar times with eyes shut.
However, as a general rule, the absence from the digital world is a welcome break. It provides a chance to concentrate on issues of the moment, and to immerse body and mind in the activities of now rather than endure the constant interruptions and distractions our online presence overwhelmingly impose.


So, think about taking such a break: risk severing your constant availability to all and sundry, and enjoy some relaxed and spiritually refreshing ‘me’ time away from the demands of others. It might even allow some sanity back into your life.
Meantime, he'll be adding a few items to his blog over the coming few days.
at 14:50 No comments:

Writer’s alter-ego jumps into the future

Melodie Trudeaux (who is the alter-ego of Hornsea Writer, Penny Grubb) has taken a step sideways from children’s fantasy and published her first Sci-Fi short – the story of humankind’s route to a Utopian future – as told by a journalist seeking his first big break. 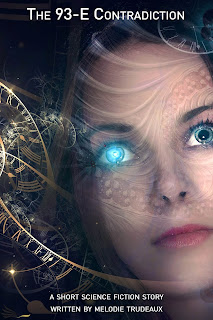 Read more about Melodie on her blog.
at 09:00 No comments: