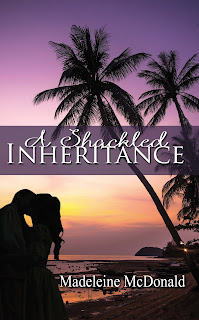 A Shackled Inheritance is launched today with a Saturday Spotlight feature on  www.romantichistoricalreviews.com. In the book, my heroine discovers after her father's death that she has two unknown half-sisters, free women of colour who live on the family plantation in the West Indies.

Researching the lives of  free mixed-race people 200 years ago took me down some fascinating by-ways. In 1802, the Governor of Barbados highlighted the ambiguous status of free persons of colour in a slave-owning society when he wrote: "I think unappropriated people would be a more proper denomination for them, for though not the property of other individuals they do not enjoy the shadow of any civil right." Nevertheless, an archive of wills revealed that white fathers sometimes left substantial assets to their reputed (acknowledged) children, even if they never married the mother. Money and education gradually created a settled, prosperous class of tradesmen, teachers, seamstresses or overseers. Some became planters and slave owners. By the early 1800s, as the abolitionist movement gained force in Britain, free persons of colour in the West Indies were also challenging the established order, but they focused their demands on improving their own situation. 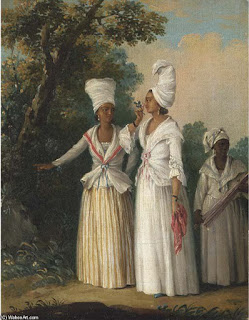 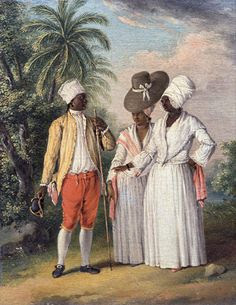 A Shackled Inheritance is released on 11th March and can be pre-ordered on Amazon:
http://www.amazon.co.uk/dp/B01BBCBX38
at 22:14