April Taylor – an affinity for music and an ill-fated queen 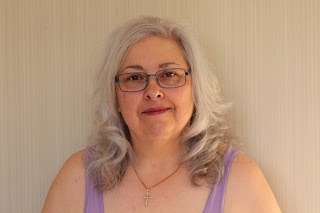 Author April Taylor’s writing has been largely defined by her twin passions for music and Tudor England. April comes from a musical family and has been told she could sing before she could talk. Her family lived in Louth, spark point for the 1536 Lincolnshire rebellion; an event that caused King Henry VIII to call the men of Lincolnshire “the most brute and beastly of the whole realm.” The echoes of Tudor England that she grew up so close to really began to resonate for April when she saw the film A Man for All Seasons, after which she was hooked.

As for so many, it was the compelling figure of King Henry VIII that drew April in, but after reading Margaret Campbell Barnes Brief Gaudy Hour, at the age of 14, she felt strongly drawn to Anne Boleyn. Since then, she has researched the era and spent time visiting Anne Boleyn’s homes, feeling an ever-stronger connection to the ill-fated queen who later played a leading role in a series of novels she wrote.

April’s mother played the piano; her father and three brothers played in brass bands. April herself is a keen pianist, but circumstances prevented her from having lessons until she was in her teens, too late for music college. Her voice however went from strength to strength, and she was singing principal roles and soloing for choral societies up to 2010.

April’s early-music soprano sleuth, Georgia Pattison, was born at an inaugural concert for the Three Choirs Festival, where April found herself wondering 'what if' the soprano soloist was murdered immediately after the concert finished. The idea grew and became Dearly Ransomed Soul.

There is clearly a lot of April in her heroine who also has an early-music voice. April says, ‘Georgia is braver than I am, but we share a determination and resolve when it is something we both want.’ Georgia has gone on to star in one more full-length novel with the next due in 2021:

In addition to the novels, April has published Georgia Pattison Christmas novellas:

Before she retired to write full time, April worked as a librarian in public, prison and scientific libraries. She sees her mother as a big influence in her writing career, remembering the way she would devour both paranormal and crime novels. Their shared love of these genres was the spark for April’s new series, started in 2021, set in Guisborough in the early 1970s, but with its feet in the dissolution of the monasteries.

Learn more about April and her writing on her website HERE.