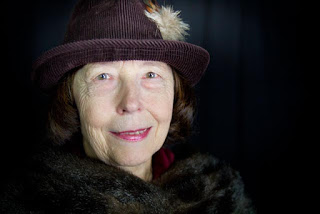 Madeleine McDonald is a writer with a varied portfolio. For many years she was a newspaper columnist contributing regularly to the Family Matters column of the Yorkshire Post.  Her publications include numerous articles, essays and short stories. One of her early radio stories was translated into Mandarin Chinese and broadcast on the BBC World Service. She has also enjoyed competition success, having been a finalist in both The Art of Love poetry competition 2005, judged by Andrew Motion, and the Roswell Award for Science Fiction 2017.

Madeleine is also a novelist, having written both historical and contemporary romances with exotic settings drawn from her own travels.

Her years working as a freelance translator, precis-writer and editor for various United Nations organisations taught her valuable lessons about writing as a discipline. Translation required absolute accuracy, while respecting the style of the original; precis-writing separated the wheat from the chaff; editing meant being mindful of the sensibilities of people writing in a foreign tongue, while tweaking a text to make it readable. The diversity of people she met and her years of travel lie at the heart of much of her writing, lending authenticity to her stories.

She says of Enchantment in Morocco that it was the colour and contrast of the land where Africa meets Europe that she saw would provide a captivating setting for a traditional romance story. The scenes in remote Moroccan villages draw on her travels round North Africa by bus, the need for access to the Atlantic coast for a plotline involving smuggling determining the book’s exact location.

The Rescued Heart, a second-chance romance set against the Basel Art Fair, draws the reader both into everyday Swiss life and the business side of modern art. A chance meeting with an impecunious young artist shatters a widow’s isolation and forces her to confront life again.

Moving both closer to home (her native Scotland) and half way across the world (to the Caribbean) A Shackled Inheritance was inspired by a 200-year-old will in which a Scottish slave owner left his sugar plantation, and slaves, to his natural mixed-race daughter. Madeleine’s research in Jamaica’s online archives led her into the shadow world of the ‘free coloureds’ or free mixed-race community, one legacy of slavery that mainland Britain preferred to ignore.

Articles and short fiction under Madeleine’s by-line have appeared in anthologies and magazines across the globe, including Connecting Nothing With Something - A Coastal Anthology, Verbatim, She's the One, Thresholds, Flash Bang Mysteries, Journal of Compressed Creative Arts,  Writers' Forum, and Mslexia.

During the 2020 pandemic, Madeleine has concentrated on fiction editing and short stories for radio, and also published a sonnet which followed the traditional Shakespearean rhythm.

Older Post Home
Subscribe to: Post Comments (Atom)
Welcome!
Members include past winners of the CWA Debut Dagger
and the RNA New Writers' Award, as well as international competitions for short fiction, drama, and journalism.
Please see About Hornsea Writers for more information.