The Dummies’ Guide to WHAT!?!

For all that the Hornsea Writers number several crime writers and several How-To guide writers amongst their number, this is one title that no-one would have predicted.

That said, it is not a Hornsea Writers’ publication as such, but a member of the group, Penny Grubb, was asked to write the Foreword for this collection. As she says, she hesitated before accepting the task, afraid that an anthology devoted to female strength might be more of a worthy collection than a good read. But that concern soon evaporated. Forget worthy, and hold onto your hats. This is a collection that packs a punch from page 1. 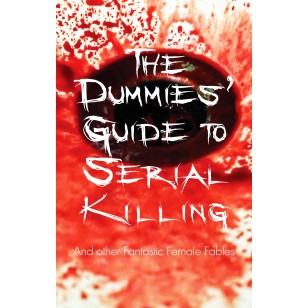 Available now but not officially launched until the FantastiCon extravaganza in September, The Dummies Guide to Serial Killing and Other Fantastic Female Fables introduces several new authors alongside some seasoned professionals.