Why it is important to remember.

Be that a war 70 years ago or further back.


19th May marked the 479th anniversary of the execution of Anne Boleyn. On that day in 1536, courageous and proud to the last, she stood before her enemies on the scaffold on Tower Green, pledged her love for Henry VIII and commended her soul to God.

As writers of fiction, our constant, and probably favourite, game is “what-if?” What if Anne had not lost the two boys she miscarried? What-if Henry had continued to love her? What if she had outlived him? 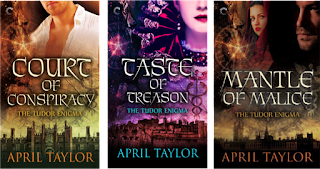 These were the questions I played with when writing The Tudor Enigma series. I also added a dash of magic to the mix because Anne had frequently been accused of being a witch. What-if she were? But I didn’t want her to be a wicked witch, because, in truth, she was not a wicked person, but one who was deeply religious and looked after those for whom she was responsible. If you want to know how this worked out in my books, go to http://amzn.to/1HTBmqZ .

Anne was rare in a world ruled – some would say still ruled – by men. Furthermore, men who found women to be convenient scapegoats for any reverses. For me she stands with two other queens, Edward II’s wife, Isabella of France and Henry II’s wife, Eleanor of Aquitaine. All three had strong logical minds. All three fought for what they wanted. All three suffered, although only Anne paid with her life. Each time I go to the Tower of London, I stand for a few moments at the place where she was executed – in front of the Wellington Barracks and not where the guards would have you believe – and say a prayer for her soul.